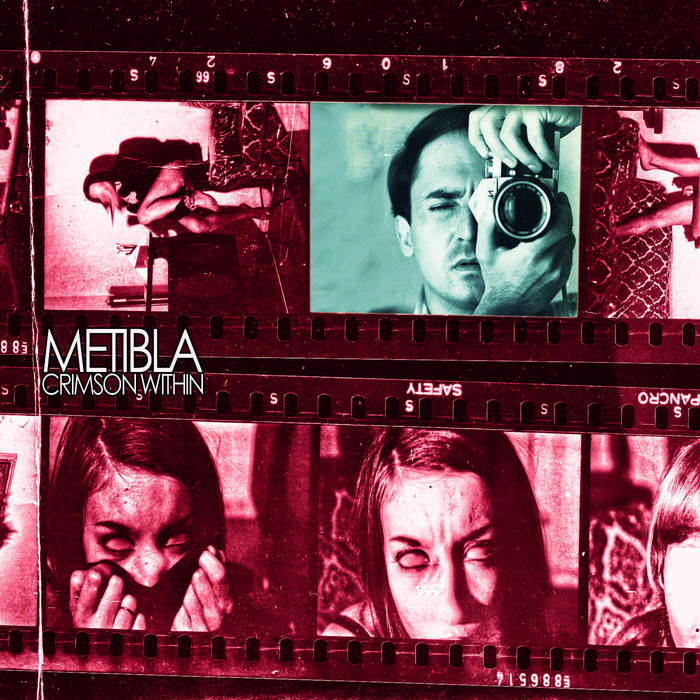 This Album is dedicated to Lou Reed

CRIMSON WITHIN – The Concept
Once upon a time there was Reality. Then people realized that it was too horrifying and started to live in an imagination. Country yokels began to entertain everyone with their philosophy, and elders began to suck the life out of the lips of young celebrity-seeking maidens. No matter if the clothes weren’t clean or well made, the most important thing was to parade, day after day. Businessmen got a grip on the rules of the game and started to raise fake rebellions, fake needs, fake awards and fake ranks. Everyone started to believe they had something interesting to say and everyone was fascinated by other people’s lives. Yet, not all people had the right to have a say and in the name of freedom a chaos of useless thoughts, filled with sex, violence and silicone, finally arose.I was one of the few who could afford the luxury of speaking my mind, but I was not allowed to. Or at least, not the way I wanted to. ‘Cause when my parents died I saw their blood and I realized that it was not red, but crimson. I had the crimson within. I was different, not just like anyone else who had red blood. My blood was slightly different, it was crimson. I knew for sure, although I couldn’t see it.
Everything slowly changed when I realized that my parents left me alone. Nevermore shall I see them? I was scared; I was too extraordinary for this world. I was an artist. The goddamn shows on TV made ​me realize that even though I was a great artist, I had to come up with something shocking in order to become famous. That was when, as I was feeling fuzzy, I realized that I had to kill someone. A “killer artist” was exactly what I needed to become known. I ran into so many show-offs; they made me sick, they were so pathetic I couldn’t even kill them. But one of them, a woman I met, gave me what I was looking for. She was rich! But by then, nothing made any sense anymore. I did my best to get rid of her,but it was too late. She swore eternal loyalty, and. When I asked if she could kill our children for our sake, she said “yes”. I started to feel like a crawling worm. As if I no longer had a purpose in life. My bloody baby had become the woman of my downfall! I had become you, my beloved! Every piece of my art was like her. We had a family, we had a big house, I had finally reached success. But I felt alone. Did I really need all that space for myself? I hated that damn woman, but I pretended to love her. ‘Cause as long as I was with her, I could be a star. I was trapped in a vicious circle, the more I loved her the more success I had, but the less my art made sense to me. I was going mad. I realized I was unable to feed myself because she didn’t let me feed! I felt like crying and I started to freak out. I was tired, I was spoiled, I needed to disappear and be forgotten. Falling into nothingness.

Music on 11 by Riccardo Ponis and Stefano Tucci

METIBLA is a one-man project set up in 2003 by video maker Riccardo Ponis (author, among others, of music videos for bands, such as KARDIA, INFERNO, V FISIK HALL OF SHAME) who, basking in his existential sadness and in the signs of a sociopathy that would worsen in the years to come, creates compositions that are hard to define. ... more

Bandcamp Daily  your guide to the world of Bandcamp